Finding creative ways to work within social distance photography standards in the midst of the COVID-19 pandemic has been challenging. The year has been full of outdoor photoshoots, skeleton crews, and miniature events. I wanted to host a photoshoot to promote the importance of voting, but it needed to be both 100% safe and open to people outside of my immediate area. I had to come up with a way to have people in the studio without actually having them in the studio. Complicated, right?

After some trial and error, I settled on having clients call in via Zoom so that I could project them virtually “into” my studio with a high-end projector. The last problem to solve was to figure out how to make the images more than just a picture of a projection on a wall. How could I make interesting images if my subject wasn’t even in the same room with me? I thought about projecting them onto a canvas, a building, or a stage. Some of the ideas had too many moving parts to work, others just seemed lacking.

I decided I would roll with the quality of the webcams my subjects would be using. I wasn’t sure how the connection would be and how the image quality would look once we were on the call. Would the image look sharp? Would the quality be mushy? Would I be able to talk my subjects through finding nice lighting? The projector also added another layer to everything, because you can see the pixels in the projected image. To combat that I had to lower the sharpness coming out of the projector a bit to soften the texture. With all that in mind, I tried to think about what could help take the viewer’s attention away from those concerns. I landed on projecting my subjects onto an old tube television screen so that the image quality wouldn’t be as much of a focus. So I set out to find the perfect one! I wanted something that looked a little bit old school and (after asking everyone I know and going to every yard sale I could find) ended up getting a 1987 General Electric model from someone on Facebook. It was perfect and gave me the exact look and feel that I was hoping for!

The next step was setting up the scene. Because more than just the projected image would be a part of the frame, I needed to light the backdrop and the television, and have my subjects projected onto the TV screen at the same time. To do this, I needed a projector that was powerful enough to still be visible when mixed with other lighting sources. The Epson PowerLite 2250U WUXGA 3LCD Projector was exactly what I needed to get the job done.

The projector was the most complicated part of the setup. In order to keep any major glares off the screen, the projector had to be set up at an angle and then adjusted so that the image appeared straight. I had to add a cardboard frame in front of it to block the rest of the image from showing up past the edges of the TV screen. The lighting sources were simply a gridded strobe pointed at the TV and a softbox to light the painted backdrop. Because my studio is small, there wasn’t much room to back the light away, so I feathered it toward the camera. I wasn’t able to dim the light as much as I needed, so the softbox is turned almost completely away from the backdrop, with just a little bit of spill lighting it.

My camera was set up on a tripod and with Tether Tools’ Case Air system I was able to wirelessly trigger the shutter from my iPad. That way, I could sit in front of my computer and see, talk to, and direct my subjects face-to-face.

From there I just had to wait for my subjects to call in! I had briefed them prior to the shoot on how to find nice light, so there was minimal directing lightwise. All I had to do was pose them a bit, and that was all! Each session was just a few minutes long, and everyone was so excited to be a part of it.

As far as editing goes, I made some basic tonal adjustments to get the right look and feel. I also ended up handwriting some overlays in Photoshop that I added to some of the photos. In the end, everyone received images that they could use to help encourage their followers to vote. I’m really happy with how everything turned out and I would say the project was a success! Hopefully this inspires you to try something different when trying out new ways to do social distance photography. 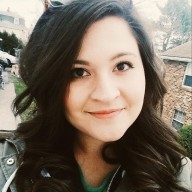 Lisa Czech is a music and brand photographer based on the south shore of Boston, Massachusetts. She loves being able to create something out of nothing, capture intimate moments as they happen, and make people feel good. Her work has appeared on album covers, in both print and online publications, and in various advertisements.

Rewards of the Jungle: Filmmaking in Tropical Environments

Advice for Making a Web Series: Behind the Scenes of 18 Grand

Learn about the techniques used to make a 7-episode web series, including lighting tricks, transform