Now more than ever, live streaming is being relied on for human connection. Individuals and businesses are refining their online presence by offering entertaining, informative, and immediate content to their friends, family, and clients. For some, the process is entirely for education or marketing. For others, it’s a means for creativity. Whatever your reason for getting into live streaming, we’re here to walk you through this (sometimes) complex but rewarding process. Please note that all this info is for folks looking to display their footage to an audience in real time online. This post is not about recording, uploading, and sharing later.

What Do I Need to Live Stream?

You have to have reliable internet with relatively high upload speeds to host a live stream. You’ll want between 40-100 Mbps, preferably 50 Mbps+ (know that your download speeds are always going to be much faster than your upload speeds – unless you have fiber, your uploads speeds are going to be more in the 12-40 Mbps range). When streaming – whether as a creator or consumer – you should prep your household for the task. Don’t have multiple devices running except the ones needed for streaming. Don’t let folks in your home watch Netflix while you’re trying to stream. Close all processes you don’t need. Contact your Internet Service Provider if you want to know the bandwidth they offer (knowing that whatever they quote you will probably be their “best case scenario” speed). You may have to upgrade your plan. Anything under 25 Mbps is considered having “slow internet”. Overall speeds vary a lot from provider-to-provider and city-to-city, ranging on average anywhere between 23 to a whopping 127 Mbps. Most folks are somewhere between 40-60. You can check your own right from the comfort of Google:

Why You Need a Video Encoder

To complement speed, you’ll also want an encoder. Encoding is just converting data from one form into another. I like to think of it as “footage alchemy”. Smartphones will already encode your phone footage for YouTube, Facebook, etc so they are a super easy way to get immediately up and running with streaming. If you’re going a little higher production than just Facebook Live’ing with your phone though, you’re going to need some kind of external encoding device. You need this because your footage has to be compressed to stream at all effectively. Even below 4K, footage is just too beefy as-is – you simply have to reduce its bandwidth requirements unless you have incredible gigabit-speed internet. So when you see a streaming device to buy or rent and you’re wondering what it’s for, encoding is its main benefit (unless it’s merely a streaming converter or a capture card, which we’ll get into).

You have hardware encoders but you also have converters, which will make your video source appear like a webcam to your computer. These are paired with software encoders.

For experts, this will be a big simplification. But for those totally brand new to this stuff, hopefully this brief breakdown will help:

An encoder will squeeze your footage down into something transportable for the internet. Encoders also act to kind of universalize the whole process so that streaming platforms are able to reliably read and interpret all the footage coming their way. So what your encoder is doing is putting your footage into a “video coding format”, the names of which you may already be pretty familiar with: H.264 and HEVC, mainly. Encoded audio/video is then placed into a handy container (which, yes, I personally need to imagine a kind of physical bucket), such as MP4. The container is handed off from your end over the internet in a real-time protocol (protocols are like the governing body of the internet for what’s allowed/not allowed in data travel) to their end (“their” meaning any streaming client, whether that is Twitch or YouTube Live). The streaming client then runs it through a cloud transcoding service to put it into a transport protocol appropriate for folks at home. One of the huge benefits of this transcoding process is that your stream is made available to the masses at different sizes, like 720p and 480p. This gives your viewer more options for how they view the stream and makes your stream generally more available even to folks with slower connections or older devices.

I only get into all this here to illustrate how many moving parts there are to make live streaming happen. It’s all pretty incredible.

For this process, you have your choice between physical encoders – like what we rent – and software ones. Software ones come with neat effects, are less expensive or even free, and are easily upgraded like any software. You’ll still need something to connect your camera to your laptop that’s hosting this software, however, which is where capture cards come in. So software encoders don’t eliminate the need for physical equipment. Software encoders are reliant on the hardware prowess of your own computer and can be less reliable than hardware encoders. This is because many hardware encoders offer a lot of connection options. For example the Teradek VidiU Go Streaming Deluxe Kit comes with two modems so you have your choice of streaming over WiFi, an ethernet cable, or wirelessly over cellular networks. Hardware encoders are equipped with their own little CPUs, taking pressure off your laptop.

What Encoder Should I Get?

If you have a preferred streaming client, whether that’s Vimeo’s Livestream or Twitter’s Periscope, do a search for “Which Encoders Are Supported by Insert Favorite Client Here” and you’ll typically find they offer a list of preferred encoders. This is a great place to start. For software, OBS (Open Broadcaster Software) is the most popular and widely-supported. For hardware, Teradek is the leading brand. As for capture cards, there are too many to name. We offer the Magewell USB Capture HDMI Gen 2, which is a simple plug-and-play device that will make any HDMI-connected video source appear like a webcam to your computer for no-fuss pairing with a software encoder, like Wirecast, Livestream Producer, and more.

If going for the software encoder + capture card route, we offer the Magewell USB Capture HDMI Gen 2, which is a simple plug-and-play device that will make any HDMI-connected video source appear like a webcam to your computer for no-fuss pairing with Wirecast, Livestream Producer, and more.

Now that we got into the weeds a little bit on what you need and why, let’s lighten up and go to the kitchen with some real-world examples of how some of this hardware can (and can’t) be used. In this video, we’ll share setups for every budget to produce quality content from home. 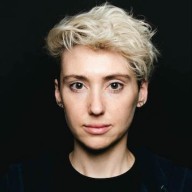 Alexandria Huff's photography and lighting tutorials can be found on 500px and her blog. See her lighting tutorials here. She is a Marketing Associate Manager at BorrowLenses.com. She learned about lighting and teaching while modeling for photographers such as Joe McNally and has since gone on to teach lighting workshops of her own in San Francisco. Before focusing on studio portraiture, she shot motorsports for X-Games, World Rally Cross, and Formula Drift. See her chiaroscuro-style painterly portraits on her website.

How to Visualize and Shoot in B&W